Darco Jansen (1965) is manager Open Access & Open Science. He generally focuses on the transition to a new, more open and participatory way to conduct, publish and evaluate scientific research. More specifically, this implies making scientific output available as open access and as FAIR data and includes negotiations with scientific publishers and other stakeholders. The transition to Open Science requires both a cultural change in the way science is practiced and in the recognition and rewarding of academics, as well as substantial investments by all scientific institutions. This involves targeted collaboration with universities and other stakeholders (within the National Program Open Science) on development path for Open Access and Open Science including plans where this can be accelerated.

Darco has been working nationally and internationally for more than 10 years to promote the open movement with the motto: "publicly funded, publicly available". In recent years, he has worked as a program manager for a European association on open and online education (EADTU), especially on MOOCs and OER. Before that, he held various management positions at the Open University, including a program director on professional development of teachers, including making the results of practice-oriented research available to the public. In addition, he managed various educational innovation programs. 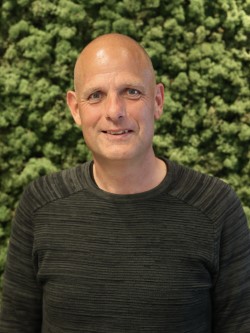