Pieter Duisenberg (b. 1967) has served as president of the Association of Universities of the Netherlands since 2017. Between 1992 and 2012, Duisenberg spent 20 years in the private sector, working for Shell, McKinsey & Company and Eneco. In 2012, he was elected to the House of Representatives as a member of the VVD party with responsibility for the Higher Education and Science portfolio. He left parliament in 2017. During his time in The Hague, he also chaired the Parliamentary Standing Committee on Finance. In addition to managing his policy portfolio, Duisenberg spent most of his time in the House of Representatives campaigning for an increased awareness of budgeting, financial recognition and evidence in political debates, policy and legislation.

Under his leadership, Universities of the Netherlands strives to be an association that promotes cooperation between its members in areas of common interest and on a common agenda, so that they are able to make an impact and present a united front as the university sector. In addition, Universities of the Netherlands acts as the employer representative for the purpose of the Collective Labour Agreement for Dutch Universities. The university sector has the ambition to make a significant contribution to the Netherlands’ position as a knowledge society and to work towards a leading role at the heart of society and internationally. Universities of the Netherlands initiatives in this regard include the promotion of closer cooperation at the regional level and with the public and private sectors to boost the impact of knowledge, of an open and united university sector with an innovative offer (e.g. Open Science, lifelong development and international/European ties), of an increased scope for talent and of a variety of career paths. Achieving these aims is vitally dependent on adequate funding. As president, Duisenberg aims to take the joint ambitions of the Dutch universities closer to fruition. 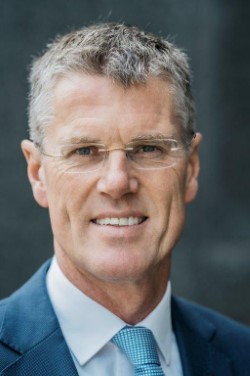