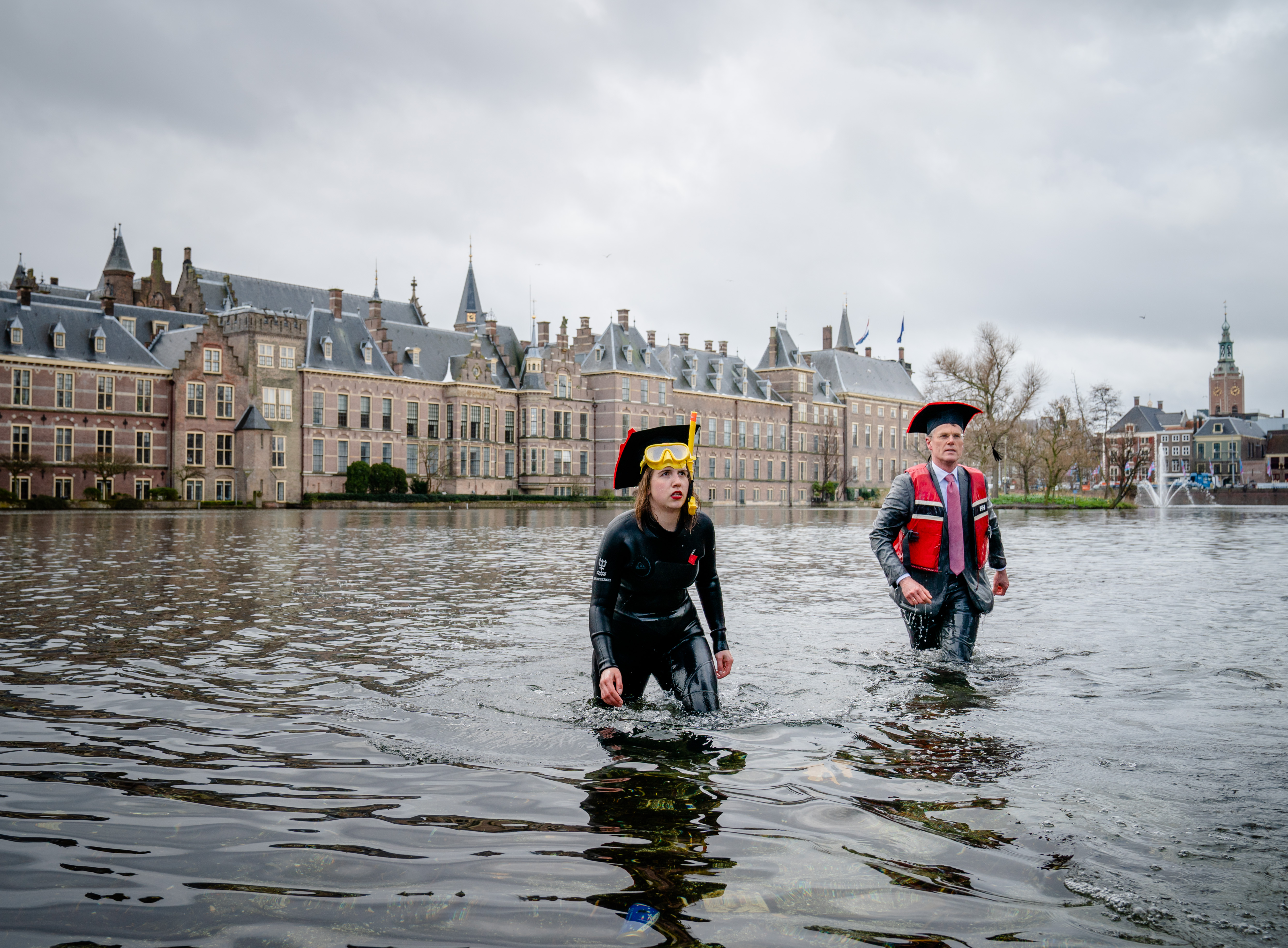 Students, lecturers, researchers, executive staff and all other parties involved in academia are asking VVD, D66, CDA and ChristenUnie in an open letter (Dutch only) to invest at least 1.1 billion euros structural and annualy in universities and to invest in a normal academic standard. Read the full letter here (Dutch only).

In excess of 340,000 students and more than 61,000 lecturers, research workers and support staff have been frequenting the universities since the start of this academic year. All hoping to be able to continue studying and working there without risks to their health and safety, following a protracted and difficult time having to adhere to a raft of coronavirus measures.

Obviously, these are hard times for everyone, but the situation has been particularly difficult in higher education, for both teaching staff and students. By some miracle, we have managed to bring about a rise in the number of credits earned during the pandemic, but this has been accompanied by a corresponding rise in the already considerable pressure that is placed upon lecturers and students.

The sector has been pulling out all the stops to provide young people with the best possible education of a high academic standard. Our graduates are being eagerly scooped up by international universities for master’s programmes, PhDs and postdoctoral research. In what is a tight job market, governments and businesses in the Netherlands and abroad are snatching up our recent graduates. And yet our sector, that is churning out such talented, successful young people, is hanging by a thread. The fact that successive governments have invested less and less in our education and research over the past 20 years has resulted in an alarming drop in the budget that universities receive per student, bringing it far below the normal academic standard.

The upshot of this is too little scope for genuinely academic education, within the compass of which lecturers need time and space to carry out research work themselves. At present, academic staff are working 30% overtime per working week on average. That totals more than 35,000 hours of overtime per day! What's more, this only concerns the hours for lecturing staff and does not include the overtime being worked by PhD candidates and postdoctoral students.
It is a structural issue. Week in, week out. And it is one that has significant consequences for the well-being of our staff, jeopardises the standard of our education and results in an increasing number of young people dropping out and pursuing a different career. The pressure on students keeps mounting too: more and more mass education, increasing pressure to graduate quickly and rising debts. The situation has been at breaking point for quite some time now. Staff and students have reached their limit. We cannot go on like this much longer.

A decision is needed. With the current level of resources, the Netherlands (which is heavily reliant on our knowledge economy) is lapsing into mediocrity. Dutch universities are currently still among the best in the world and students and research workers come from far and wide to work with our academics.
In order to maintain our status, we will need to invest heavily in education, research and innovation. Time and again, research shows that this investment is deemed necessary and that every euro spent more than pays for itself. PwC confirmed in March this year that a sizeable level of investment is needed, the Netherlands Court of Audit has criticised the Ministry of Education, Culture and Science’s use of old data to calculate funding and the IMF has rapped the Netherlands on the knuckles for investing too little in knowledge and innovation. Indeed, your own Minister of Education, Culture and Science, Ingrid van Engelshoven, has on multiple occasions called for investment in excess of 1 billion euros. Similarly, the outgoing government that you collectively make up has embraced the results of PwC’s report in the Budget Memorandum.

Do you realise that it is imperative that the decision be made now? Are we going to aim high or descend into mediocrity? The outline document from the VVD and D66 states that there is a desire to invest heavily in education and science and to increase public and private investment in research & innovation. Let heavy investment be genuinely heavy investment, and in that regard make the right decisions on how to go about investing: ample investment in both education and R&D, more permanent funding and above all structural investment. In her election programme, Sigrid Kaag announced an investment of 10 billion euros in education and research and is now talking about the biggest ever structural investment in education. Fulfil this ambition and fight for the best education for students and a normal academic standard for university lecturers.

At the start of April we jumped en masse into the Hofvijver to make it clear that higher education is barely keeping its head above water. The water level has not subsided since then. On the contrary: substantial cuts in higher education have even found their way into the Budget Memorandum. At the end of the day, it is a simple calculation for the next four years: if not enough funding is provided, then this will necessitate sacrifices in terms of either the quality or the accessibility of our education, and probably both. Nobody wants to see that – least of all us.

The ‘heavy investment in education and science’ will need to be at least 1.1 billion euros extra per annum in structural terms. If this is not forthcoming, then that will signal to us that collective follow-up actions are required.