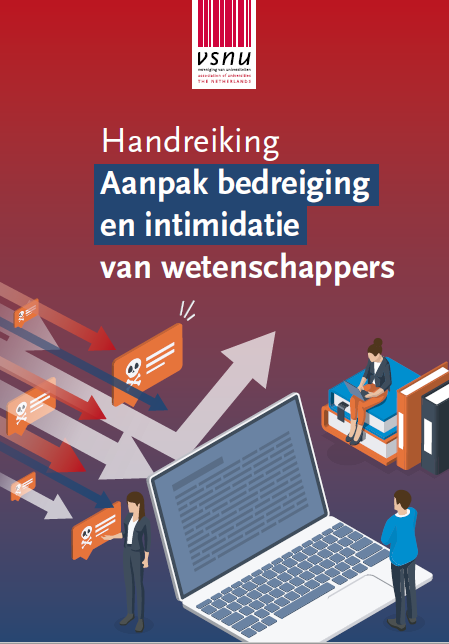 Scientists are increasingly facing threats, harassment and hate speech in response to their media participation and other public appearances. The Association of Universities in the Netherlands (VSNU) is now adopting a number of national measures intended to be a source of support for every university and employee. These guidelines for ‘Addressing threats to and harassment of scientists’ also include examples of best practices which universities can implement in order to support employees who have received threats. VSNU President Pieter Duisenberg: ‘We applaud the fact that our scientists are applying their knowledge and insights for the benefit of society. But when those efforts are met with harassment and threats, we consider it a direct attack on both academic freedom and freedom of expression. Through these measures, we want to protect and support our scientists and make a statement against such threats .’

The guidelines include a number of best practices that can be applied, as well as a number of measures to be implemented at the national level:

In the recent period, scientists who made public appearances have encountered more frequent and more overt instances of threats and harassment. Scientists have had strangers show up at their homes, members of the OMT have received threats in response to extended measures and scientists are frequently subjected to virulent verbal attacks on social media or by email after taking part in sensitive debates.
Meanwhile, universities encourage their scientists to actively participate in the public domain and to initiate and engage in debate. These threats are placing increasing pressure on that natural engagement. Duisenberg: ‘Academics must be able to carry out their work in safety. With these guidelines, we are taking concrete steps to prevent and respond adequately during and after incidents involving threats against scientists.’

N.B. An English version of the guidelines will be published here soon