The revenue of the Dutch universities can be roughly divided into three flows of funds. In addition to state funding (direct government funding or 'first flow of funds'), universities also receive funds from the Dutch Organisation for Scientific Research (NWO) and the Royal Netherlands Academy of Arts and Sciences (KNAW) for specific research projects (indirect government funding or 'second flow of funds'). The 'third flow of funds' (contract research funding) consists of other revenue, such as contract education or research, and 'collecting box' funds. Lastly, student fees are a source of revenue. Universities are allowed to charge a government-set tuition fee for the programmes that they offer. Some of the students that are not eligible for funding pay student fees set by the institutions (the so-called 'instellingscollegegeld'), an amount that in many cases is higher than the normal government-set tuition fee.

The first flow of funds
Universities receive a financial contribution from the government in order to perform their statutory obligations in the field of education, research and knowledge valorisation. This forms the basis of the universities' financing for its educational and research tasks. The amount of this state funding is set by the Cabinet and its distribution is based on legislation (a student-based part and a non student-based part). The universities receive these funds directly, in the form of a lump sum. A university therefore makes its own decisions about how the money is distributed among its faculties. Over the past forty years the government has been investing less and less (a smaller percentage of GDP) in the higher education sector. Given that the number of students is growing, this means that state funding per student is continuing to fall. 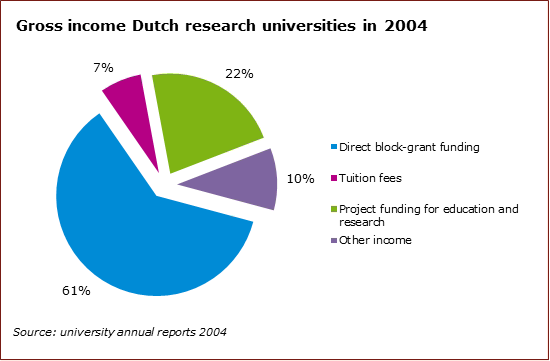 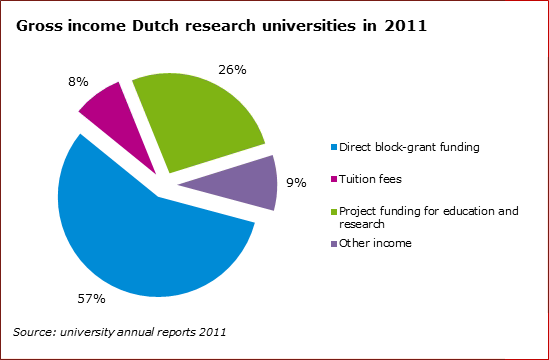 IBO and 'matching pressure'
The financing of the scientific research system is being investigated on the instructions of the Government. In full, this is the 'Interdepartmental Policy Study (IBO) on scientific research'. The audit committee will analyse the first flow of funds, compare Dutch policy on research at an international level and verify what will ultimately be done with the research funding. In addition the committee will investigate the 'matching pressure', a subject that was also investigated by Ernst & Young under assignment to the universities, the Ministry of Education, Culture and Science (OCW) and the Ministry of Economic Affairs (EZ). The fact is, research grants from the NWO or European programmes never cover 100% of costs. Universities must supplement ('match') this amount with monies from the first flow of funds. The attachment levied on this flow of funds has continued to increase over the past few years and the available policy space for education and research is becoming smaller and smaller as a result. 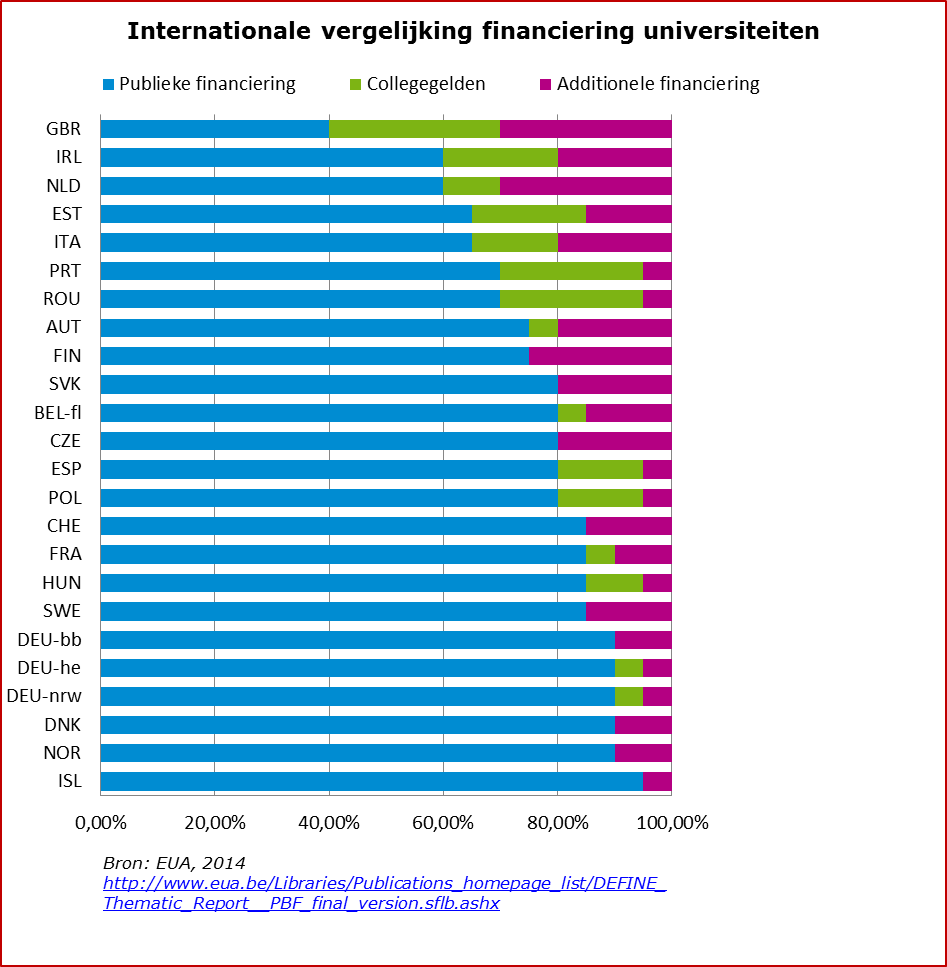