Universities are publicly funded organisations and have a strong connection to Dutch society. This requires transparent and responsible governance, supervision and employee participation. This is why the universities have drawn up a Code for Good Governance.

In 2018, the VSNU established the Committee on the Code for Good Governance in Dutch Universities , which was given the remit to thoroughly revise the existing code in response to the need for a more value-based version that was more compatible with the universities' ambitions. The result of this Committee's efforts is the new Governance Code, which aims to contribute to good governance by encouraging constructive dialogue on university governance. The code does therefore not prescribe specific and detailed courses of action, as this would simply be establishing a checklist rather than facilitating the desired dialogue. Some parts of the code allow room for interpretation, and so invite executives, supervisors and participation bodies to consult each other regarding how they wish to implement the established principles of good governance.

Most important changes
In the new Code, the committee tried to pay more attention to a number of subjects in particular. The new version includes, among other changes, the following amendments to the old code:
a.    The committee chose to expand the scope of the code. The old code only called executive and supervisory board members to account concerning their responsibilities. The new code also holds the deans and faculty boards accountable, as these parties also play substantial roles regarding university governance, in both a legal and practical sense.
b.    The new code explicitly pays attention to the importance of an open culture and a safe environment. Both aspects are of great importance to universities, and the duty of executives and supervisors to facilitate these aspects is therefore a vital responsibility.
c.    The participation bodies have been granted more power in recent years, and the new code therefore pays more attention to them. Well-functioning participation bodies and a good relationship between the executive board and participation bodies are vital to the good governance of universities.
d.    As universities are increasingly collaborating with other organisations, the importance of solid governance structures for partnerships will only increase in the years to come, which will present a substantial challenge for many universities. This is why the new code has a separate principle devoted to this topic.

The formulation of the new Code
In formulating the new Code, the committee consulted a wide range of stakeholders on the desired contents of the new Code. The committee conducted a number of talks with members of executive boards and supervisory boards, deans, participation body representatives and university lawyers. The committee incorporated the input from these consultations into a new draft code, which was then published online for public consultation from 18 July up to and including 15 September 2019. The VSNU's general assembly adopted the new Governance Code at the end of 2019. The new Dutch Universities Governance Code will enter into force as per 1 January 2020. 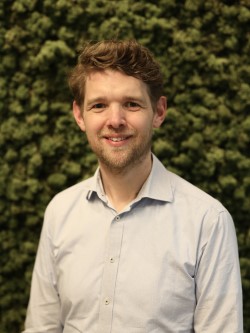 Secretary to the Board Universiteiten van Nederland